Skip to main content
It looks like you're using Internet Explorer 11 or older. This website works best with modern browsers such as the latest versions of Chrome, Firefox, Safari, and Edge. If you continue with this browser, you may see unexpected results.

This guide was made in conjunction with the event "Breaking Barriers: Vice President Kamala Harris, Gender, and Representation, held on Tuesday March 16, 2021 from 2:30-4:00pm. This college-wide celebration brought together a cadre of voices to discuss and honor the implications of having a Woman VP from the African & South Asian Diaspora(s). 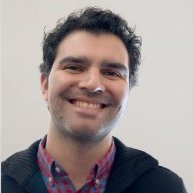