African American Experience in the World Wars: Getting Started

The First World War, also known as "The Great War," saw nations around the world in conflict with each other from 1914–1919. The United States did not officially enter the war until 1917 and did not get soldiers trained and in the fighting until 1918. At its conclusion, World War 1 had redrawn the map of the world and was concluded by treaties that contributed to conditions allowing for the rise of the German Third Reich in the 1930s and leading to the Second World War. 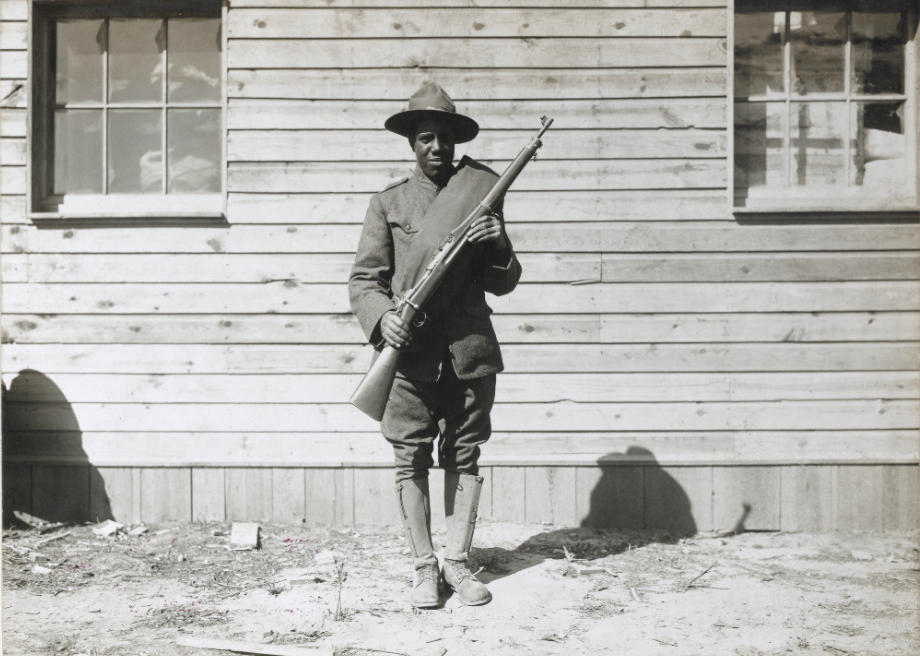 Member of the telephone and telegraph battalion at Camp Upton, Long Island (1917 or 1918). Image from the National Archives.

The first African American WACs (Women's Army Corps) to arrive in Europe were the women of the 6888th Central Postal Directory Battalion. After the battalion set up its facilities at Rouen, France, it held an open house, which was attended by hundreds of soldiers. Pvt. Ruth L. James of the battalion is on duty at the gate (May 26, 1945). Image from the National Archives.

Reading some general information about your topic before formulating your research question or beginning research gives you several benefits:

One suggestion to find background information is in encyclopedia databases such as Gale Ebooks and Oxford Reference Online.

You may need to try different terms or subject headings depending on the database, catalog, or website you're searching and combine terms using Boolean search techniques as appropriate (see our tutorial below). Here are some suggestions for terms to try:

How to find topics in ebooks

If the table of contents of an ebook isn't helpful in guiding you to the information you need for your research, you can try two other ways.

First, you can scroll to the end of the table of contents to check if the book has an index. If it does, use that to see if your topic is in the alphabetical list of things covered in the book. Be sure to try any alternate forms if you don't see what you're looking for at first. For example, if the heading "African American sailors" isn't in the list under A, maybe it's a subheading under under "Navy" in N or "United States Navy" in U.

Another method is to use the search with book feature that most ebook platforms have. For example, on Proquest Ebook Central, you can choose Read Online and then you'll be able to use the Search within book feature. 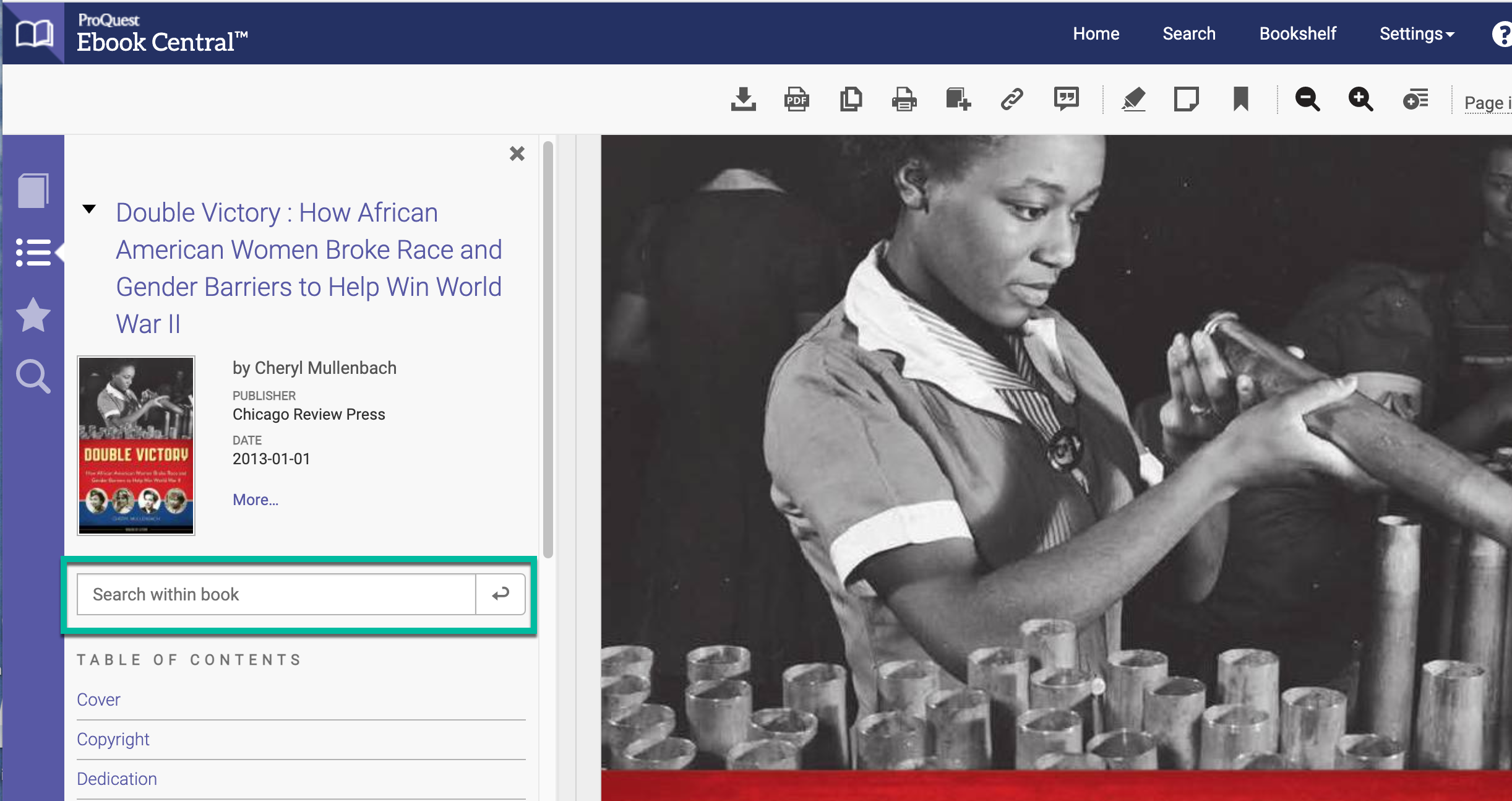